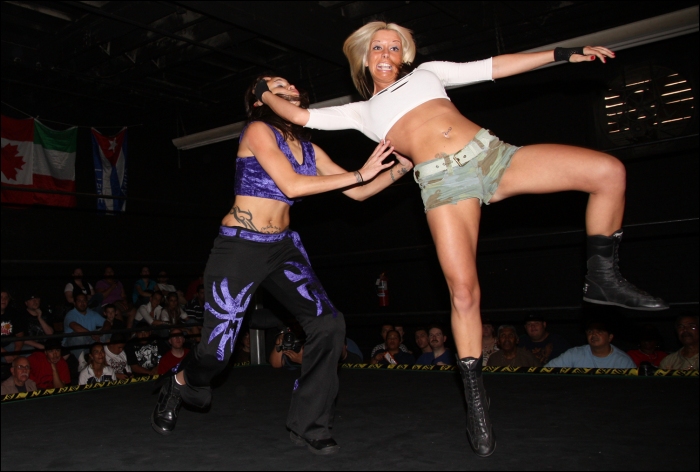 Everything started when Savage tried to sneak attack Martinez after her match with Alicia. That didn't work out too well for Savage as her attempt at a Diamond Cutter was thwarted and she was chased from the ring. But what happened once the show was over was beyond reprehensible!

That's when Savage once again used a sneak attack...but this one was much more successful as she came up from behind Martinez and crashed a cowbell attached to a bull rope across her skull. Down on the pavement and seeing stars, Mercedes was unable to defend herself as the blonde tied one end of the rope to her arm and the other end to Martinez's car. Then, unbelievably, Savage jumped into the car and attempted to drive away while dragging the Latina Sensation behind her!

Luckily for Martinez, the despicable Ms. Savage didn't practice using a stick shift ahead of time!

Read the full story and see many more pictures from this weekend here at the WSU site... 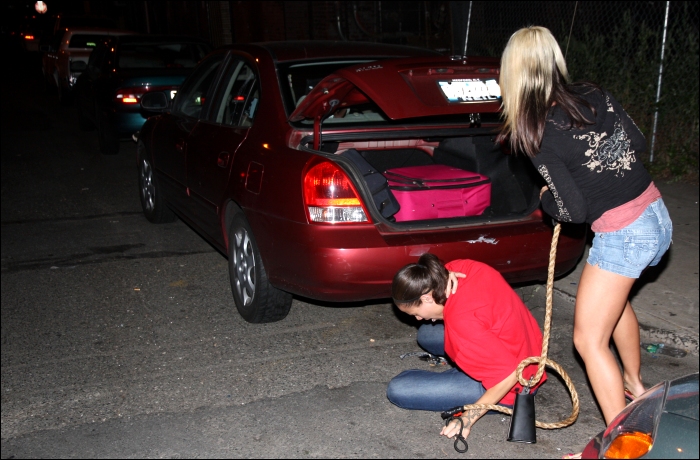 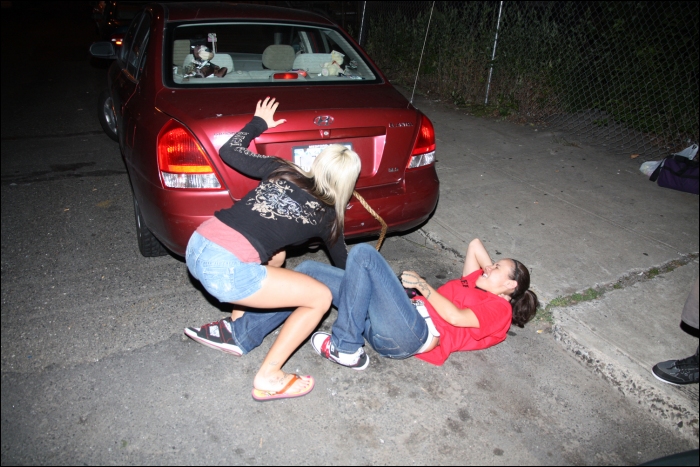 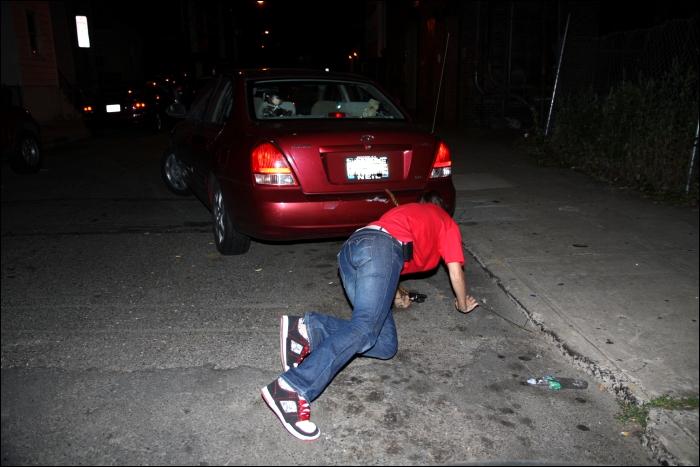 "There aren't any great men. There are just great challenges that ordinary men like you and me are forced by circumstances to meet."