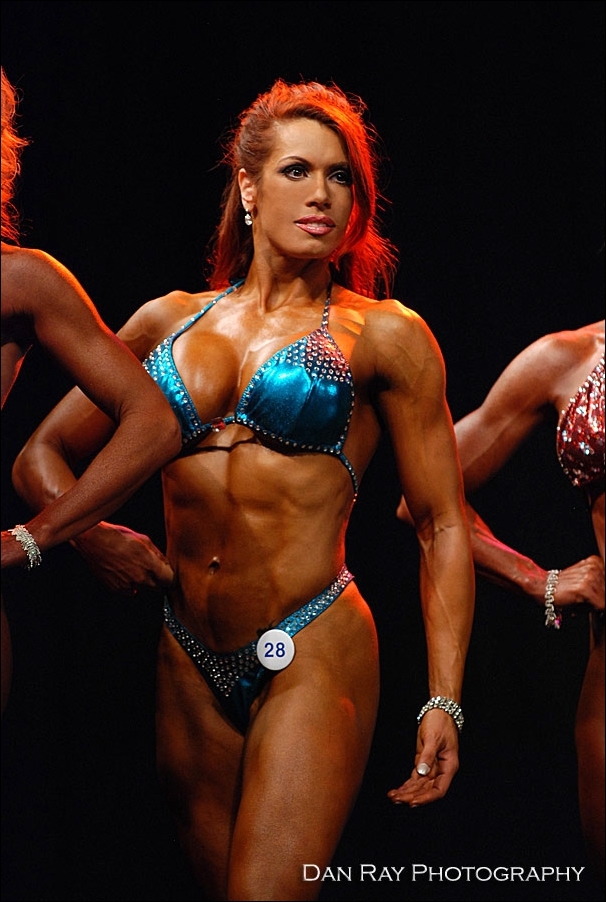 By placing within the top three of her class at the NPC Kentucky Muscle 2009 in Figure (Tall), G.L.O.R.Y. Girl April Hunter qualified to compete in the NPC Junior Nationals USA in Chicago this June. Only the top three competitors of each class on any NPC show are able to go on to the Junior National show. Should they place high enough, they will go on to Nationals...the top tier of Fitness, Figure, Bodybuilding & Bikini. But we don't need the NPC to tell us that Big Red is in the top tier, do we?

Despite her knee injury, April has been in training for the upcoming contest. With about seven weeks to go, Ms. Hunter is already looking good in our eyes. And we think that April is looking good in the eyes of her little buddy in the picture below [Picture #2]. (Hey...maybe we just figured out the definition of the old saying: Now that's a lucky dog!) 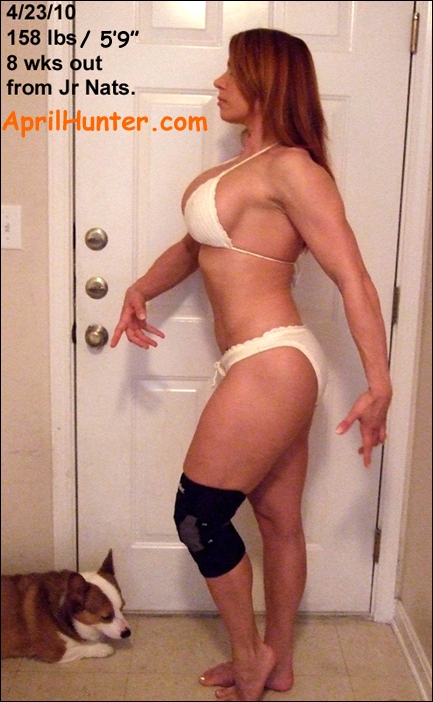