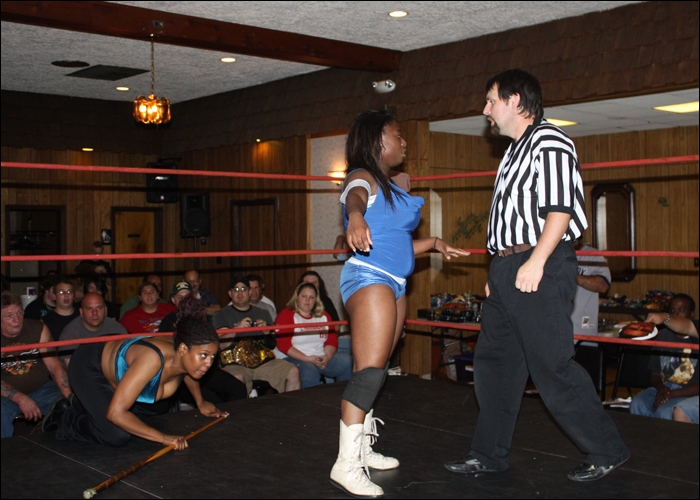 Jana: Out Of Control II

Yesterday we watched as Jana worked over rookie Jennifer Cruz with a vicious choking attack at last weekend's WSU Spirit Division Tournament in Belleville, New Jersey. A pretty cowardly display by the former fan favorite. But Jana sunk even lower than that later in the evening when she attacked Luscious Latasha by bringing an illegal weapon into the ring: a pool cue!

Latasha never saw the attack coming. As she was talking to the referee after her defeat of Lea Morrison only moments earlier, Jana snuck into the ring behind the distracted wrestler [above]. Before long, Jana was doing her best impression of Willie Mosconi...using the pool cue like a club to batter her former tag partner. Look at how she concentrates her attack on Latasha's right leg and knee in an attempt to cripple the wrestler and put her out of the tournament [Picture #2]. That's pretty low. Even after the attack, Jana showed just how heartless she could be as she teased and taunted her hurting victim...cradling Latasha's chin and looking into her eyes to add some verbal torment to her suffering enemy [ #3]. Jana truly is out of control! 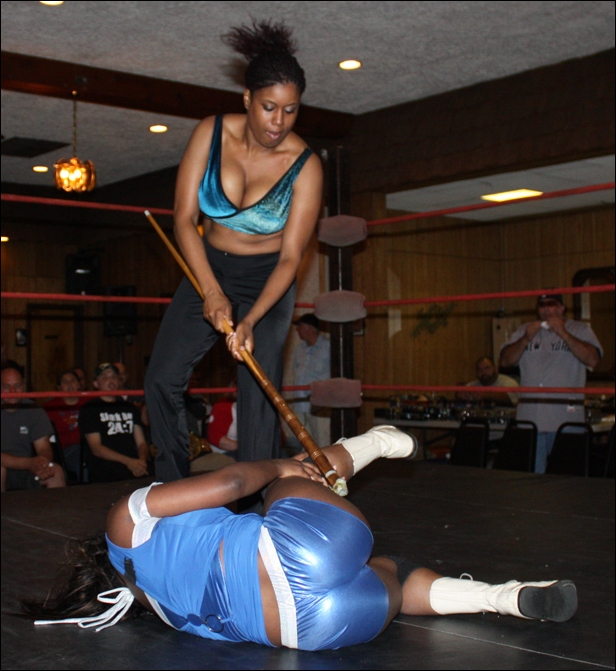 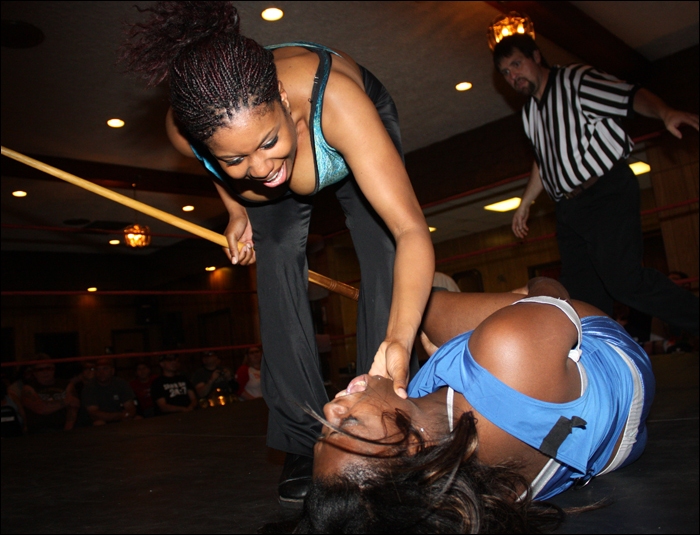