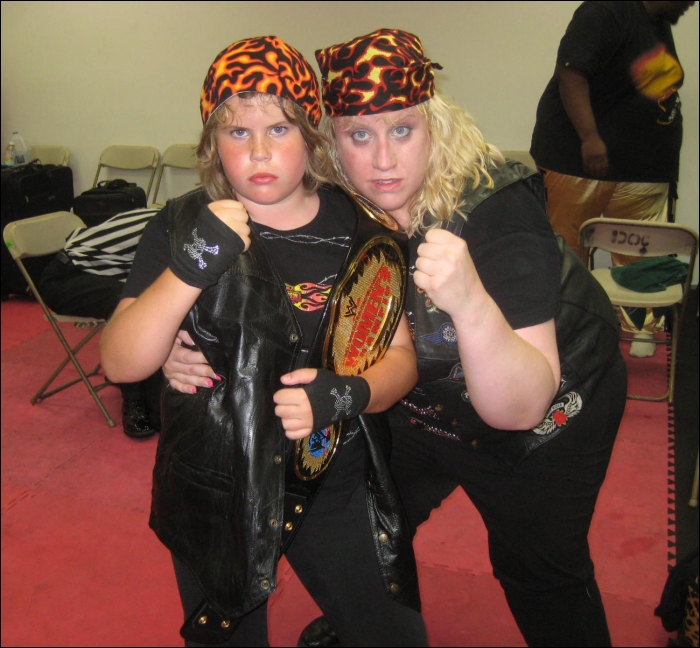 That's what G.L.O.R.Y. Girl AmyLee had to be thinking after witnessing the ring progress of her niece Jessica over the past year. We met Jessica last November when she stepped into the ring to battle Aunt Amy in an impromptu training session. Turned out that the biker chick bit off more than she could chew as Jessica's ring prowess surprised her. AmyLee had to turn to some cheating to keep from being embarrassed in that encounter!

Then in May, Jessica earned her blue belt in karate...making her an even more dangerous fighter and a potential future challenger to AmyLee's ring dominance. What was the G.L.O.R.Y. Girl to do?

As we said in today's title: If you can't beat 'em, join 'em! This past Saturday, Jessica made her professional ring debut as her aunt contracted her for managing services during a DCW event in Pennsauken, New Jersey. Jessica showed up at ringside looking like a smaller version of AmyLee, complete with a leather biker jacket, bandana, black boots...and a nasty attitude! Her ring name? "Mini Mean"! 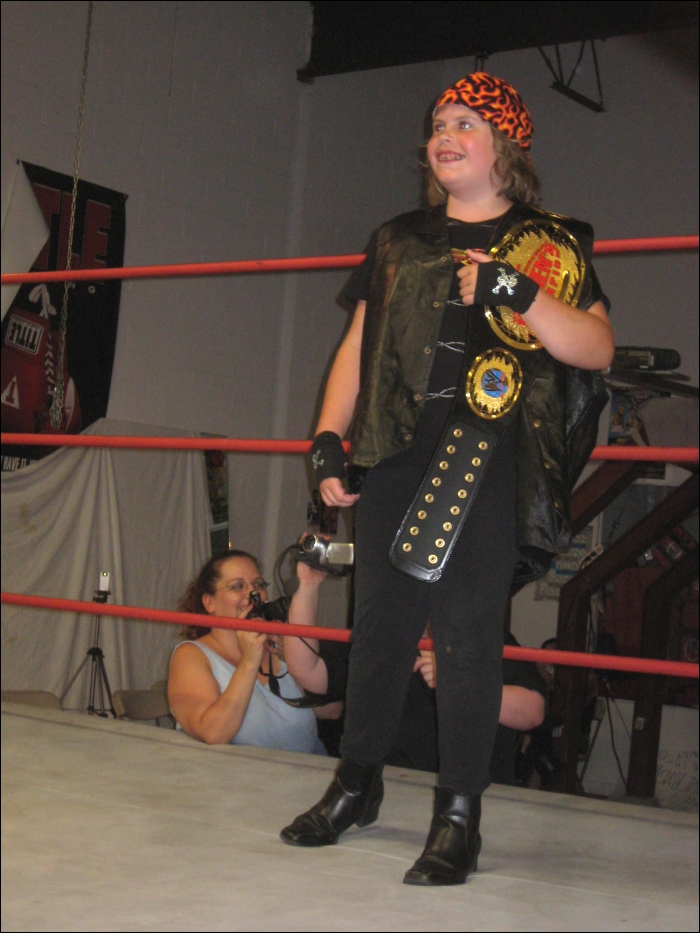 "Success is the sum of small efforts, repeated day in and day out."