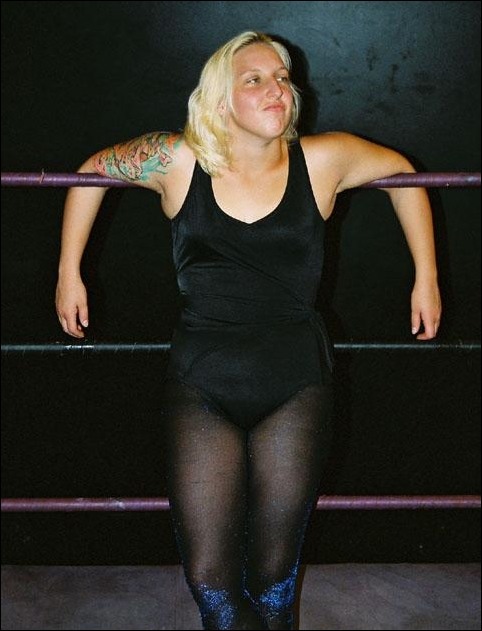 Meet Heather Owens. Make that "Hardcore" Heather Owens. The Midwest-based wrestler is coming to G.L.O.R.Y. Wrestling later today...but we wanted to give you a little warning first to get you prepared. This lady is...ummmm...well...let's just say "not quite right". Yeah, we know she looks all old-school and even a little cocky in the picture above. Many would argue that those are good attributes for a pro wrestler. But then there is that unpredictable streak. Like getting married in her wrestling boots (below). Hmmmmm. Getting involved in a match that was so bloody that Owens was almost unrecognizable to her family, friends and fans (below...WARNING: VERY GRAPHIC.). Yikes! And we won't even mention the tattoos...oh my, all the tattoos!...right now. You'll see more of them later when "Hardcore" Heather Owens debuts here on G.L.O.R.Y. Wrestling. 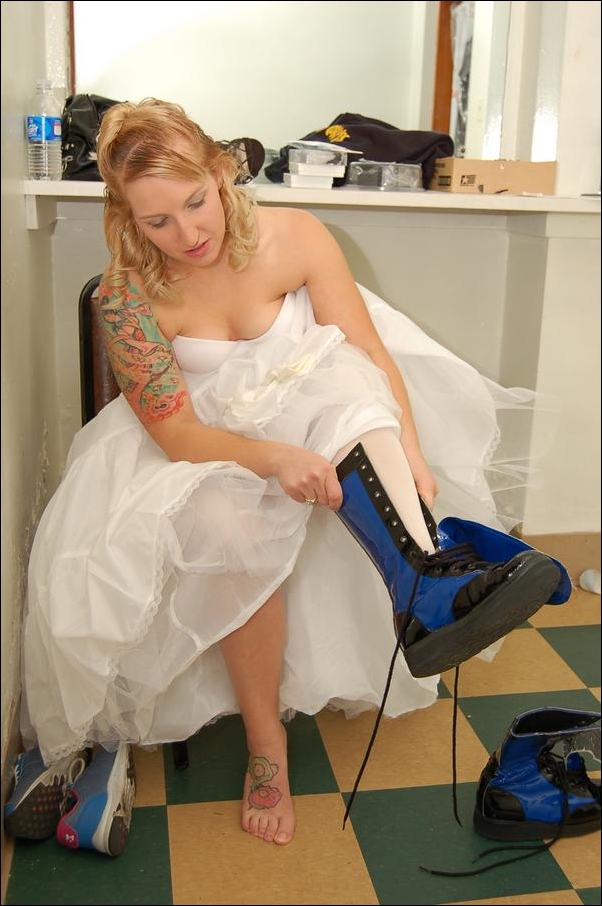 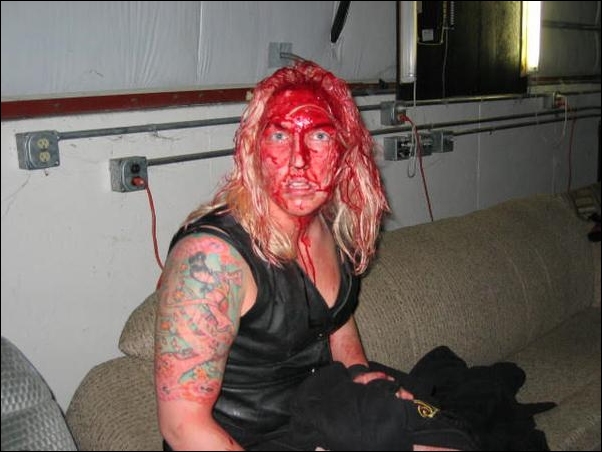 "Millions long for immortality who do not know what to do with themselves on a rainy Sunday afternoon."