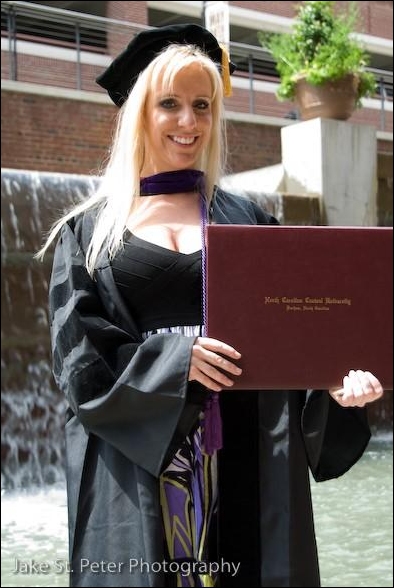 Oops! We messed up with that note on the front page of the G.L.O.R.Y. site. When we first heard about this, we thought G.L.O.R.Y. Girl Brandi Richardson was going to be featured in Esquire magazine. But that was incorrect. It turns out to be much better than that...

Brandi is not in Esquire. She became an Esquire!

That's right. The G.L.O.R.Y. wrestler is now Brandi Richardson, Esq. after her recent graduation from law school. That's quite an accomplishment!

We're thinking that Brandi could combine both her love of wrestling and her knowledge of the law to come out ahead in both fields. When she's in the ring, a threatened lawsuit against an incompetent referee might swing some of his decisions in her favor. In the courtroom, it would probably take nothing more than a single bodyslam to a wimpy defense attorney to keep him from interrupting her summation with those pesky objections! 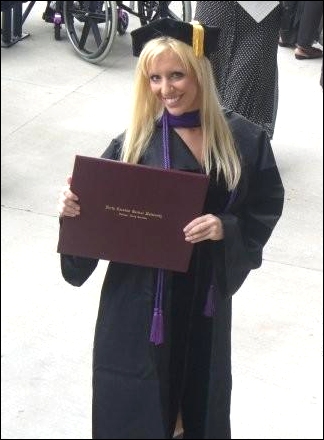 "Hope is a good breakfast, but it is a bad supper."