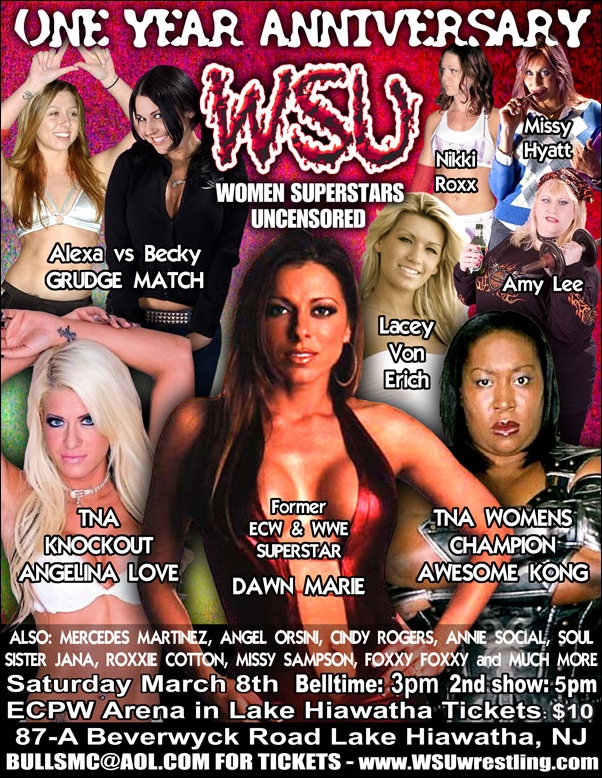 WSU will be celebrating their 1st Anniversary on March 8th with one of the biggest women's events that the Northeast has seen in a long time...maybe ever! Of course, such an event must have plenty of G.L.O.R.Y. Girls participating, right? And they are!

Along with the usual fantastic WSU roster, TNA's Angelina Love will be making her WSU debut. G.L.O.R.Y. fans know Angelina better as long-time G.L.O.R.Y. Girl Angel Williams. Also, the show will feature the Northeast debut of Lacey Von Erich, former-WWE star Dawn Marie and TNA Champion Awesome Kong. One look at today's show poster tells anyone who is a fan of the women wrestling scene that this will be an incredible event. Just look at that line-up of athletic, talented and sexy ladies!

We'll have more info about this great show over the next few weeks. And keep your eyes peeled...you just might see a chance to win a pair of tickets to this fantastic wrestling event on the front page of the G.L.O.R.Y. site soon!