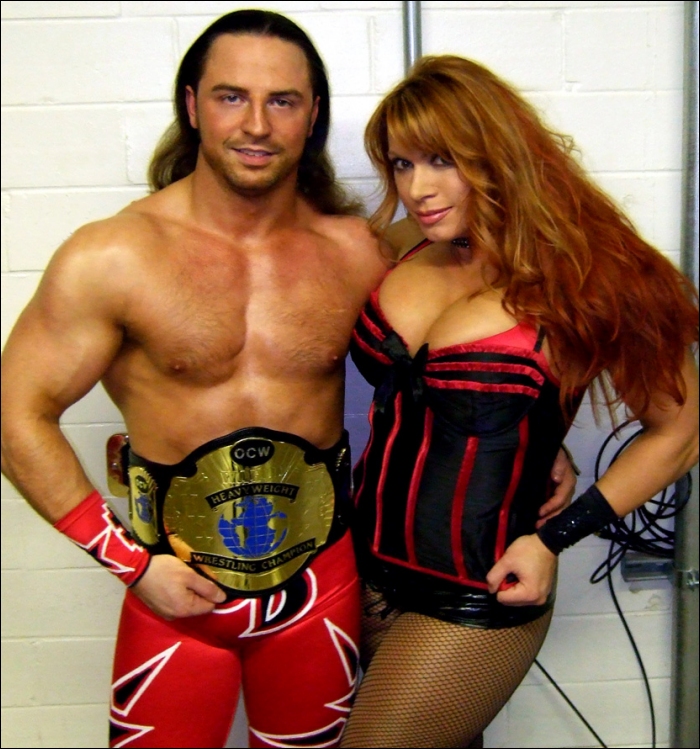 April Hunter: Still Mixing It Up!

When April Hunter announced that she was stepping away from in-ring competition due to advice from doctors, many fans feared that they would be seeing much less of Big Red in action. But those fears certainly seem to be unfounded. Now managing, the popular G.L.O.R.Y. Girl is injecting herself right into the thick of things as she seeks to lead her men to gold. This past weekend was a perfect example when April led JD Michael into battle against Mason Raige at Ohio Championship Wrestling in Ashland, Kentucky. It was a perfect match for the pair: a no DQ contest that took place more or less all over the arena. One of the reasons that JD retained his title was due to the help he got from Hunter.

Below, you can see the helping hand that April gave her man. Well, actually, it was a helping chair at one point. In another portion of the match, the dangerous G.L.O.R.Y. Girl helped Michaels get the maximum choke possible on his opponent. So much for April stepping away from action!

Have you checked out April's new G.L.O.R.Y Manager profile? No? What are you waiting for?! Here's a quick link for you to learn all about the "new career" of G.L.O.R.Y. Girl April Hunter. 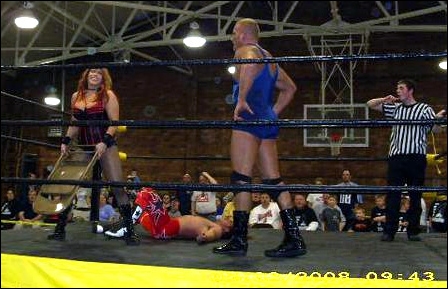 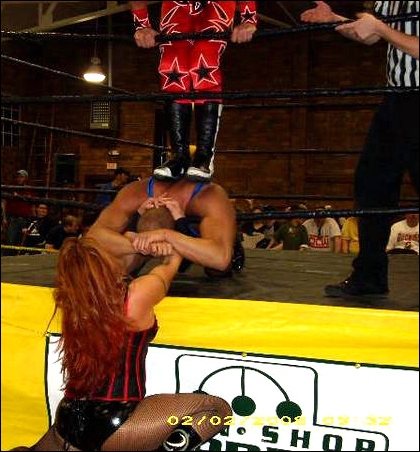