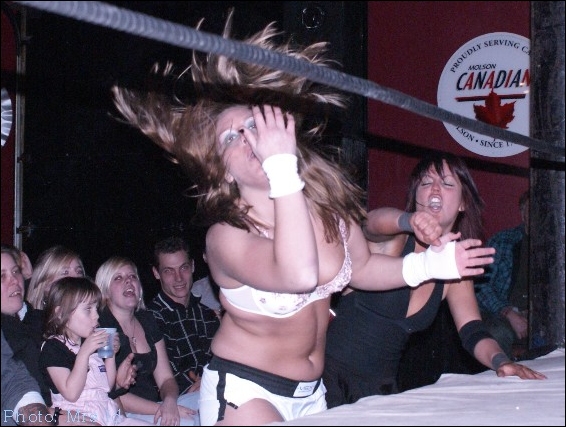 The young rookie surprised the champ by giving her all she could handle, both in the ring and out. Here, a stunned Haley is sent reeling by a stiff right hand punch to the face by the smaller challenger. Fans were as shocked as Rogers that her opponent proved to be so tough! 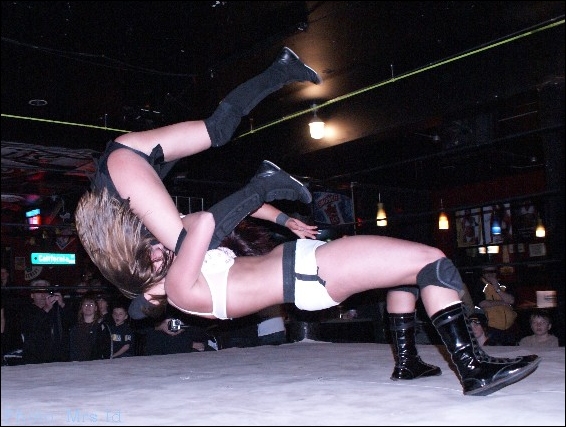 Haley has reigned as PWX Champion for a long time and has faced numerous challengers. That experience helped her overcome Amy's rule-breaking assault and eventually take control of the match. When Victory missed a dive from the top ropea high risk maneuver that some might call a rookie mistakeHaley nailed her with this fisherman's suplex and bridge to retain her title and leave Amy with a "Victory" in name only.