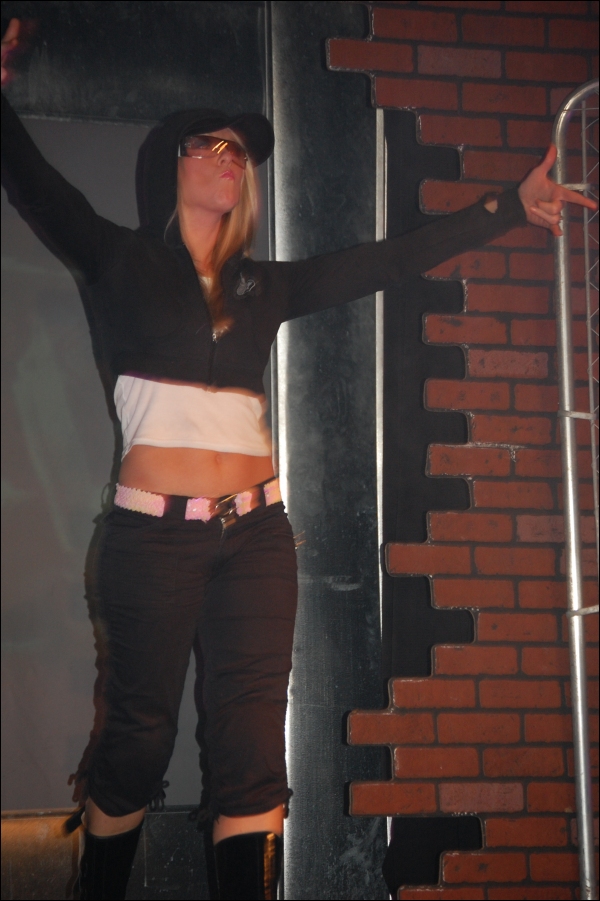 Who's That Girl Under The Hoodie?

This hoodie-wearing rapper wannabe showed up at a recent WEW show...probably expecting to throw down a few rhymes before mixing it up inside the ring against G.L.O.R.Y. Girl Becky Bayless. Do you recognize that face behind the shades and under the hood? 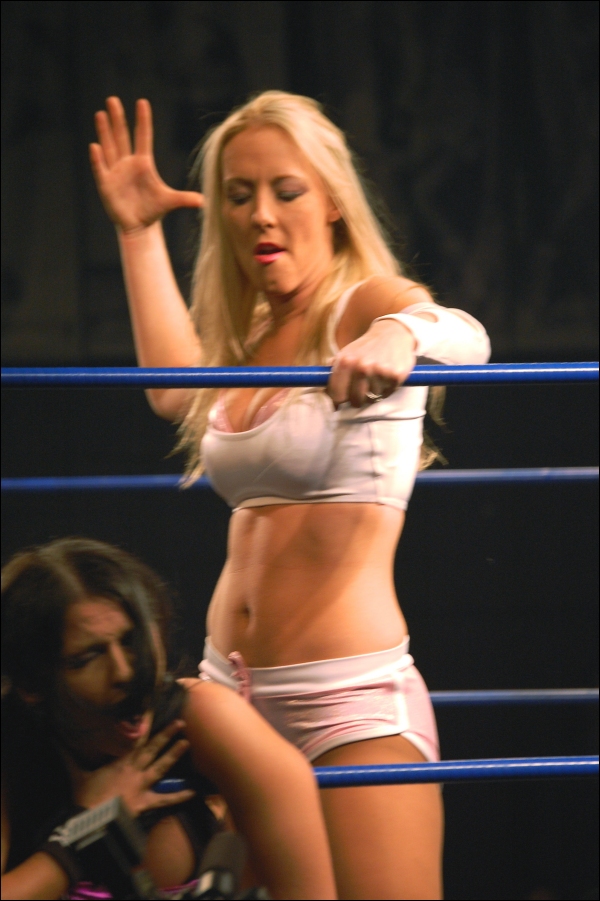 Of course, it's G.L.O.R.Y.'s blonde beauty Amber O'Neal. Once stripped of her street gear, the southern grappler got down to the matter at hand: working over fellow G.L.O.R.Y. Girl Becky Bayless. Here, Amber shows no remorse after brutally choking Bayless over the ring ropes. In fact, it looks like she's preparing to lay that hand into Becky's throat once again!

Both Amber and Becky are scheduled for action at WSU's Saturday event in Lake Hiawatha, New Jersey. Be there for all the action...including the final match of G.L.O.R.Y. Girl Alicia's career!