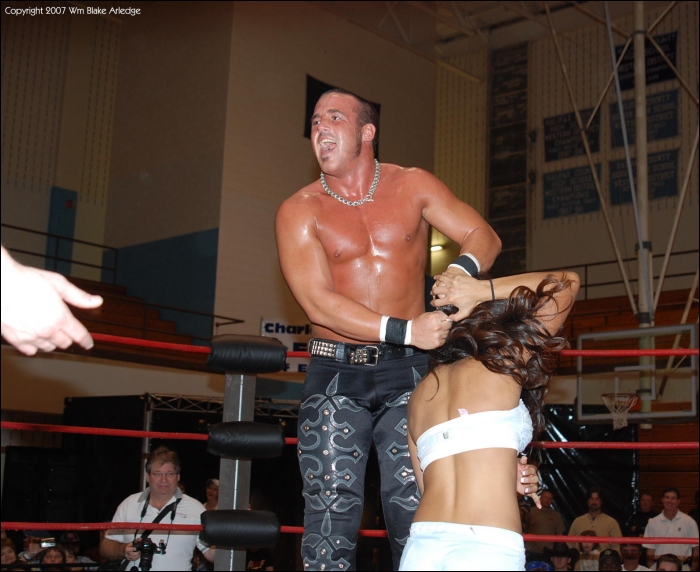 Gail Kim (a.k.a. G.L.O.R.Y. Girl Felina) once again found herself in mixed action December 1st when United Wrestling Federation invaded Halifax County High School in South Boston, Virginia. Gail was teamed with Scotty 2 Hotty, facing the team of Joey Mercury and Daffney. This was the second time in as many days that these two ladies stepped into the ring to compete against each other...but Gail's real problems came when she found herself facing the male wrestler of the opposing team. As you can see here, Mercury's size and strength put him in control with an overhead wristlock. But he quickly stoops to sneaking a handful of Ms. Kim's beautiful long hair in the midst of that wristlock...talk about being a low-down snake in the ring!

Soon, Mercury didn't even bother to sneak in his dirty tactics. He just used them right out in the open (below). Where was the referee when Mercury was dragging Kim around the ring with this blatant hairpull?!

You can see more action from this match at Blake's website. 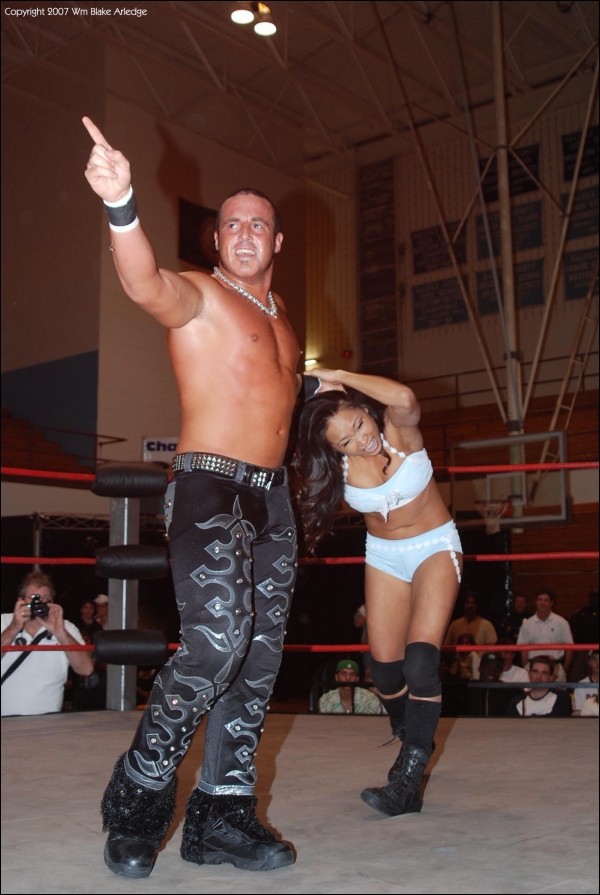