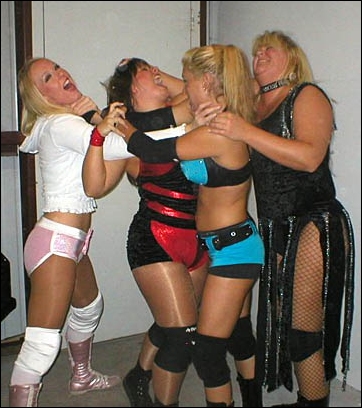 United States Championship Wrestling featured two big ladies matches this past Saturday night...both of them involving four of the most popular women on the G.L.O.R.Y. Wrestling site. Before the start of the action Amber O'Neal, Lexie Fyfe, Rain and Fantasia posed for this promo shot as they put on a mock battle for the backstage cameraman. But once they hit the ring the ladies turned deadly serious! 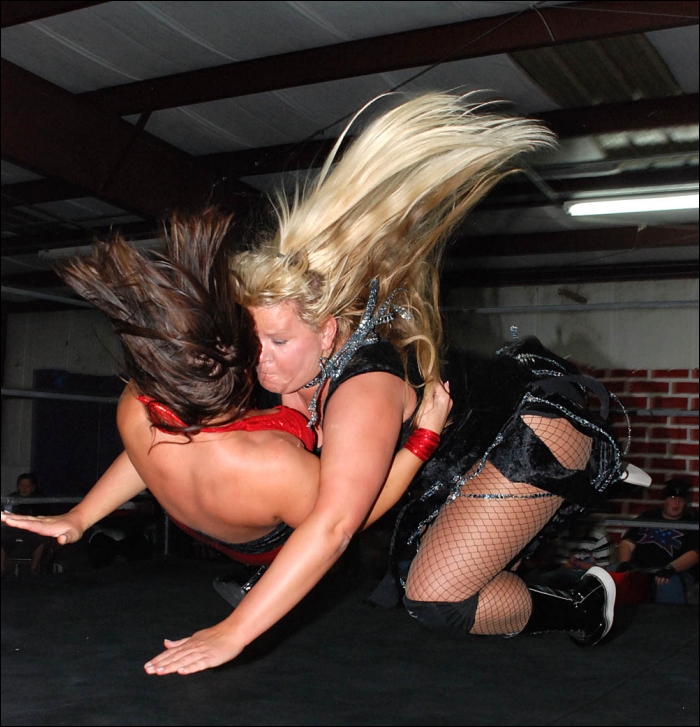 Fantasia And Lexie Rock The Ring

Fantasia and Lexie Fyfe were the first G.L.O.R.Y. Girls to square off. Their match (not surprisingly!) was a hard fought affair featuring plenty of power moves. Fantasia almost won the battle with her version of the belly to belly (she calls it The Spinal Spike)...but instead of going for an immediate cover, she went for a crushing body splash which her opponent was able to roll away from. This gave Lexie the opportunity to nail her Attitude Adjuster and score the 1...2...3 over the stunned Fantasia. 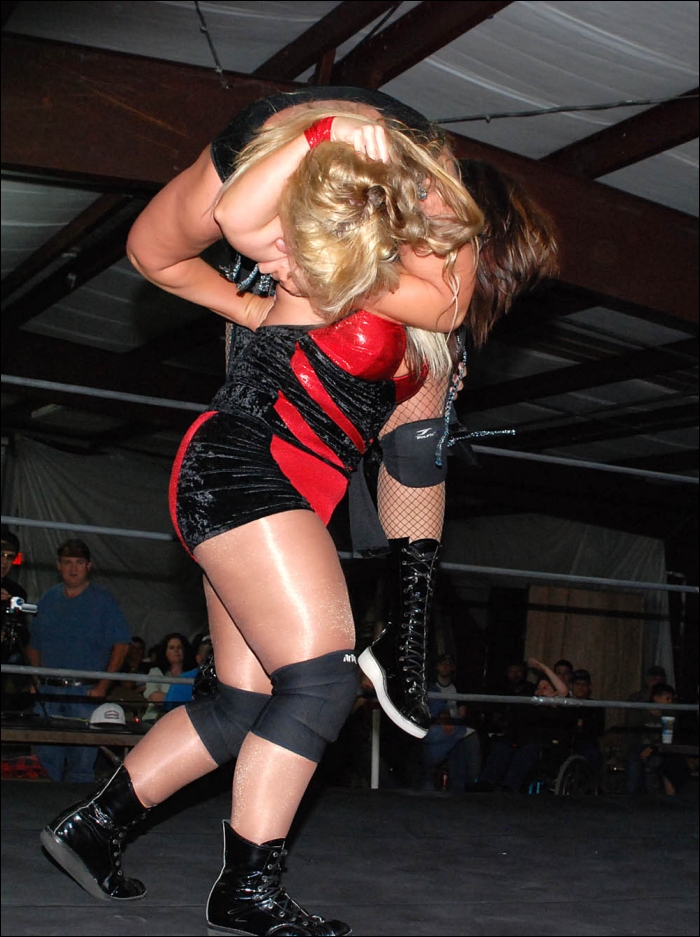