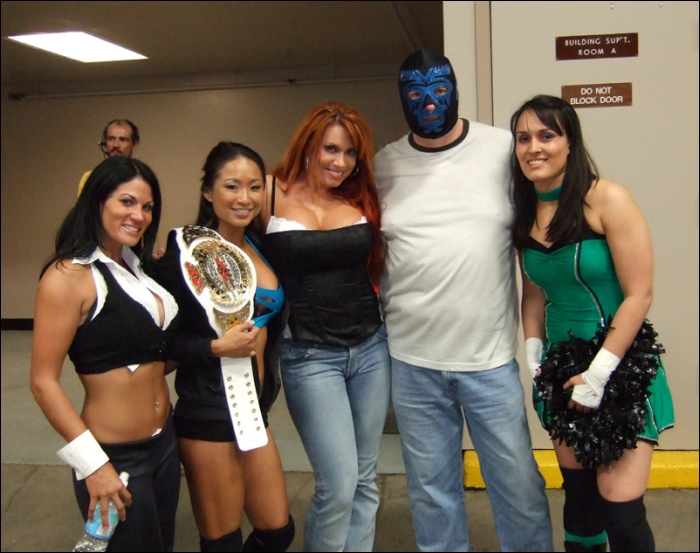 Seems that there were mixed reactions to the Wrestle Fan Fest held in California this past weekend. Some of the G.L.O.R.Y. Girls who accepted invitations to attend didn't make the trip as communications and plane ticket deliveries hit a snag. Other girls in attendance report that there were other "bumps in the road" with the logistics of the event. But there were others who had a good time at the fest. April Hunter was one lady who reported that it wasn't all bad news. She had a great time meeting the fans and other wrestling luminaries. Here we see big smiles on the faces of (left to right) Traci Brooks, Gail Kim (La Felina), April and Cheerleader Melissa. As for the masked man...we can't confirm it, but ya gotta believe that he's also sporting a big smile being flanked by all these lovely and sexy G.L.O.R.Y. ladies!