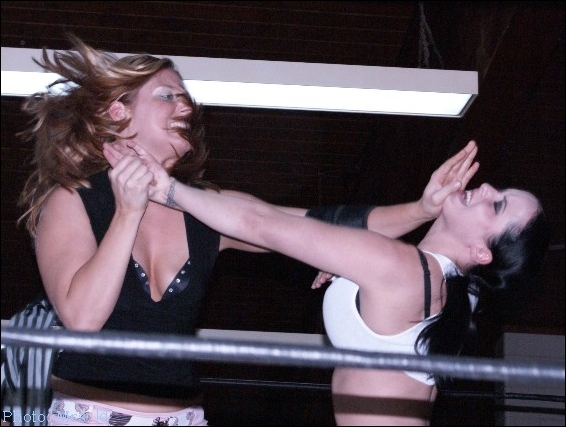 Wrestling can often be a contest of skills and wills...moves and counters...psychology and strategy.

And sometimes it's just a matter of sheer violence. In last week's match between G.L.O.R.Y. Girl Haley Rogers and Annie Social, Rogers threw subtle technical maneuvers out the window. She found it much easier to simply thrust this left-hand strike directly into the chin of her opponent. 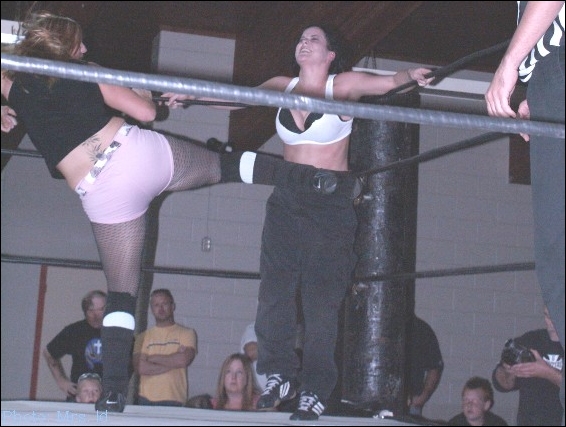 With her simple strike to the chin effectively doing the job, Rogers decided there was no reason to change her strategy. Again, Haley found fancy maneuvers unnecessary when a tough kick to the midsection so easily did the job of disabling her opponent.

This action is from the PWX Championship match held in Tillsonburg, Ontario. The Family Id was right there at ringside, with Gordo taking notes on the show and Mrs. Id snapping away at the action. Head over to their great Ontario Wrestlings Indy Elite site to see more great Id action photos.