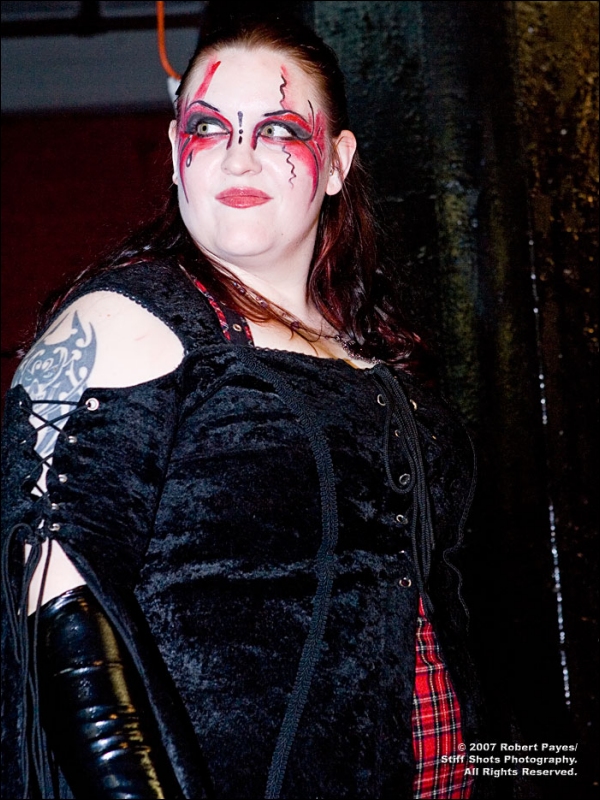 Look Out For DellaMorte

When you see this lady coming down the aisle, do yourself a favor...get the heck out of her way! DellaMorte is not only one of the roughest and more violent G.L.O.R.Y. Girls, she's also one of the most unstable. Just take a look at that cruel smile. Yes...for DellaMorte, that's about as close to a smile as you'll ever see. 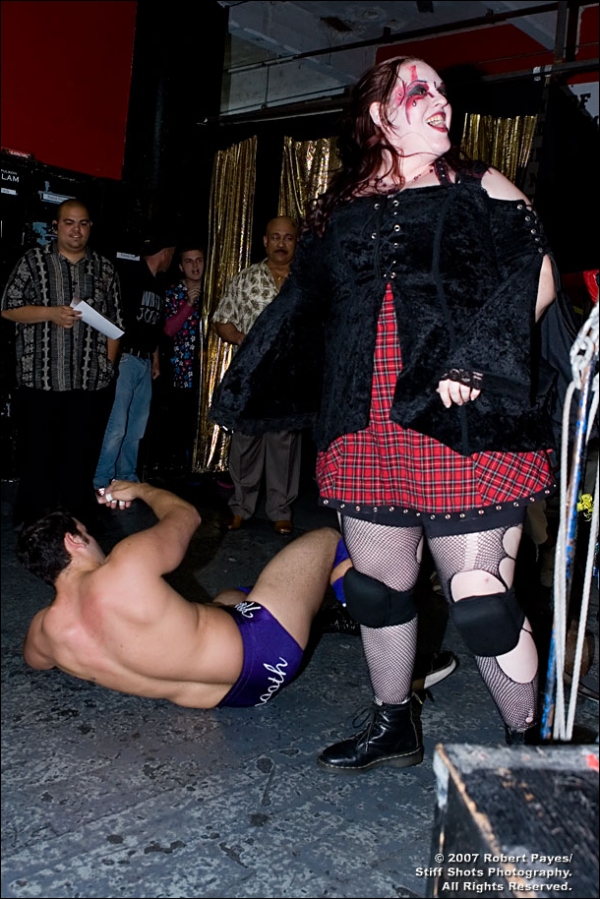 This guy learned more than he wanted to know about the tough, gothic G.L.O.R.Y. Girl at last weekend's WUW show in Brooklyn, New York. He had the unfortunate experience of being tossed out of the ring right at DellaMorte's feet. After laying into him with those big boots, the tattooed maniac simply laughed and taunted him. The more he suffered the more she liked it! 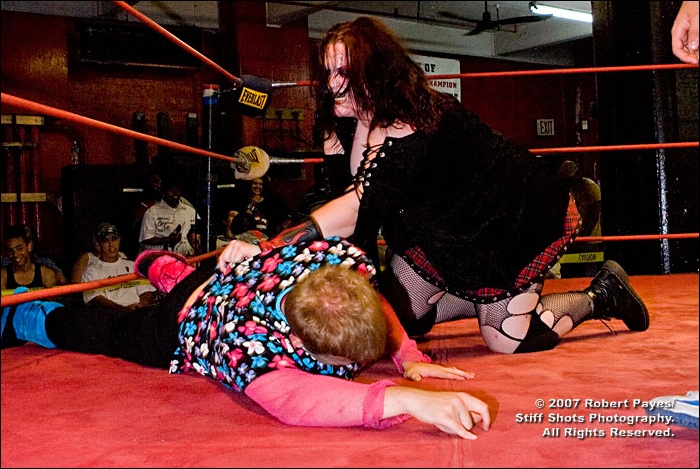 This Guy Just Didn't Get It!

You'd think that after seeing the destruction DellaMorte wrought during this Brooklyn event, everyone in the building would know the best place to be was far away from this one-woman wrecking crew. But this guy is obviously a slow learner and definitely not too bright...he actually got into the ring for a match against the insane G.L.O.R.Y. Girl! Turns out it was a very short match as DellaMorte beat the living daylights out of her garishly dressed opponent before crunching him into the mat. The thrashing that we see Della dishing out here is actually taking place after she already captured the victory.

Lesson: If you see DellaMorte heading towards you on the sidewalk...cross the street!