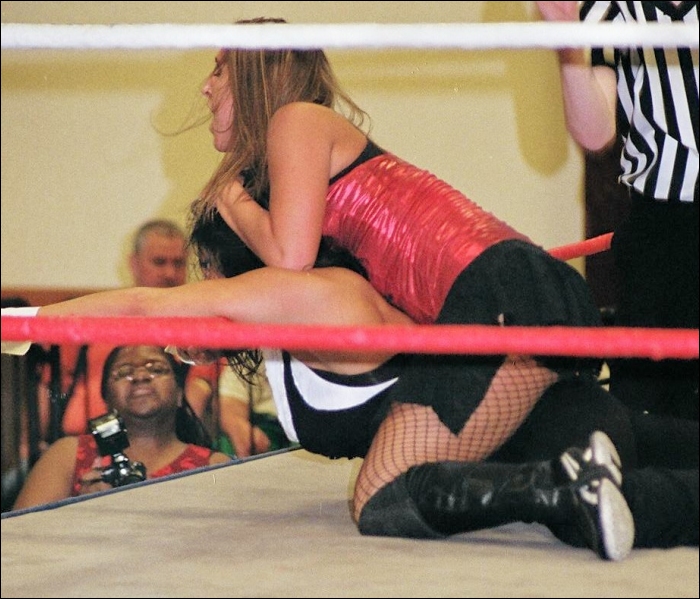 For the second weekend in a row, a TNA Knockout came to the NY/NJ area to wrestle a real up-and-coming young indy lady from the Northeast. As was the case in last week's Gail Kim vs. Alexa Thatcher match, a group of male wrestlers and their manager were instrumental in the TNA lass losing to the less-experienced talent. In this instance, the TNA Knockout was Traci Brooks who faced New England native Amber. After a spirited match in which Amber proved to be adept at using the ropes to choke Brooks and plenty of hair grabbing to toss Traci around the ring, the sultry brunette veteran managed to turn the tide of battle... 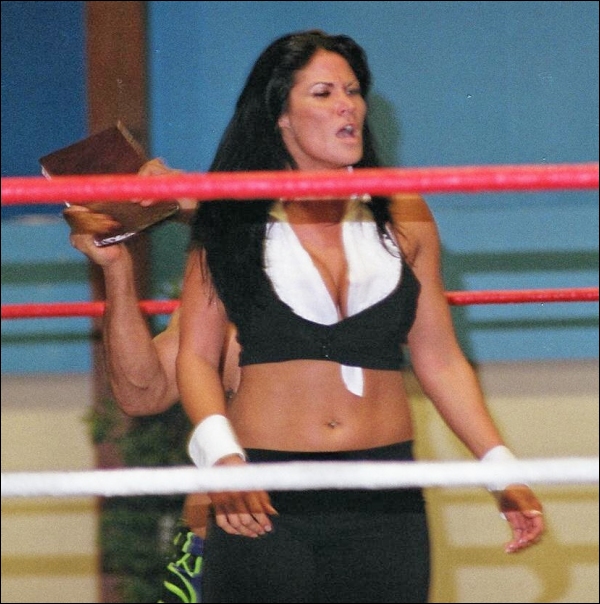 Beginning with some vicious chops to the chest, Ms. Brooks proceeded to level her opponent with a series of left arm running clotheslines that left Amber on the mat...where Traci promptly covered her for more than the required three-count. However, by that time, the referee had been distracted by Amber's manager. When Traci leapt up to grab the ref's attention, she was hit in the back of the head by Gen. Akbar, allowing Amber to roll the stunned Brooks up for the pinfall victory.

"Do more than you are paid for. There are never any traffic jams on the extra mile."